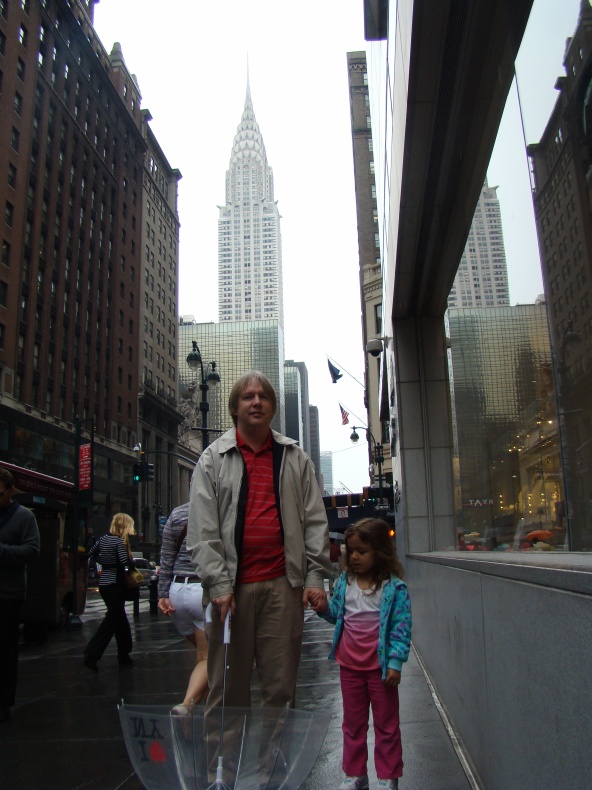 I finally made it to the Big Apple. I grew up in Los Angeles and have lived in Oklahoma, Pennsylvania, and Louisiana. I was attending a wedding in Tarrytown, NY, on Memorial weekend, when I finally got my chance to see Manhattan.

We took a taxi from LaGuardia airport to Times Square on Memorial Day evening. That taxi ride was an experience in itself. We walked several blocks taking pictures, looking for a nice restaurant.

The workers in the first restaurant laughed like we were crazy to think that they might be open at 9:30 p.m. on Memorial Day…

We had better luck at the next restaurant. I enjoyed eating at Bistro. They had open air seating. We were stuffed silly. They began with a bowl of olives of assorted colors, crunchy bread with sauce, and a bowl with a variety of breads. The food was delicious and the service was excellent.

There had been vendors outside the restaurant selling artwork when we arrived, but they had vanished by the time we went out. In their place were piles and piles of trash bags. The amount of garbage was unfathomable. Just imagine the sky rises and how much garbage they must collect each day.

(Wait a minute. Maybe open air seating wasn’t the greatest idea after all…)

So my daughter (five) is walking down the streets of New York City shouting that the city stinks. Then I’m trying to convince her to please not do this. (NYC is a great city, by the way.) 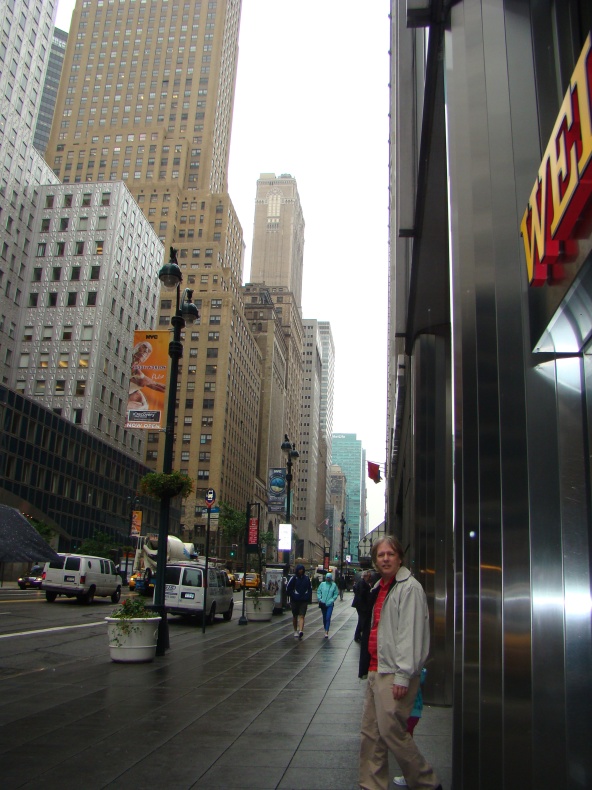 The next afternoon, we checked out of the hotel near LaGuardia airport, but had several hours before our flight. With too much baggage to tote around the streets of Manhattan, we decided to drive there. Driving through Manhattan was a real adventure. Thank the inventor of GPS.

Driving to Manhattan, at one point GPS made us drive around in a circle, then another circle, and then yet another circle. I had to look at the screen of my cell phone to see the beautiful knot that was just tied. It looked like a Mickey Mouse cartoon. No exaggeration. There is no way I could have taken that same route without the navigation system.

It was still quite a challenge with GPS. Unfortunately, it doesn’t tell you what lane you need to be in. Sometimes, you find out at the last minute that you need to be several lanes over. If not for a thousand other cars already parked in those lanes, it wouldn’t have been a problem.

We were saved by rerouting. Thank the inventor of this, too.

We finally get into Manhattan and then the real driving fun begins. The highlight was when I was waiting at a green light for pedestrians running across the street both ways (wait a minute, it was red for them), while at the same time the car behind me was passing me (to turn right, but I was on the right) and nearly running over these pedestrians.

Unfortunately, we were told that we wouldn’t be able to go to the Statue of Liberty due to damage caused by Sandy. (But far more unfortunate for all those who were affected by the storm.) We wanted to try to drive close enough to see it from the shore, but it was overcast with poor visibility on the last day. I will have to see it next time.

Don’t get me wrong. I loved seeing Manhattan (and even driving through it). It’s a great city. I really loved it at night. The Empire State Building looks awesome with the top lit up in red, white, and blue (but this isn’t pictured below). 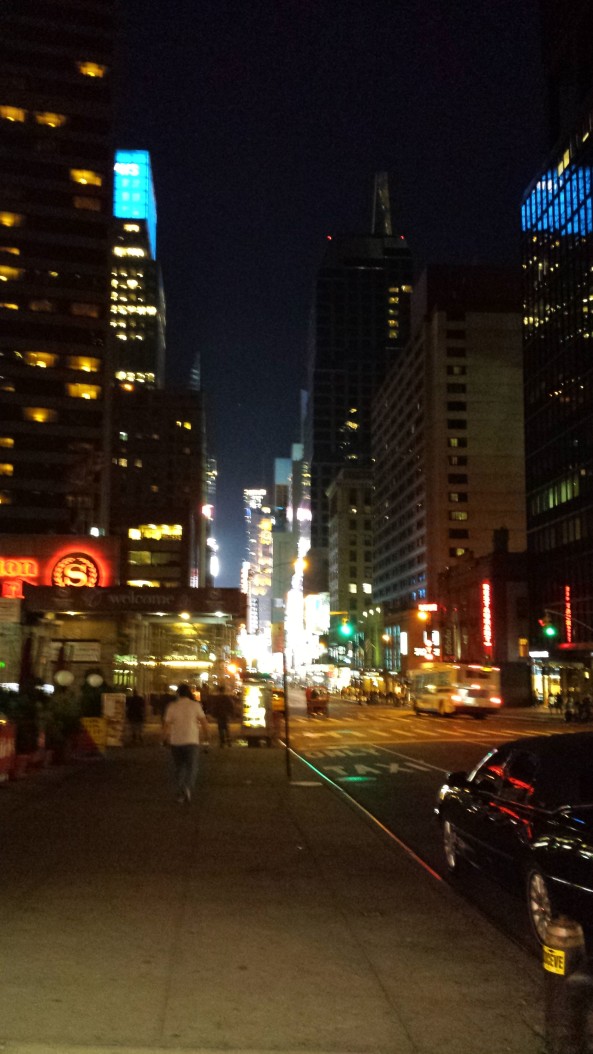 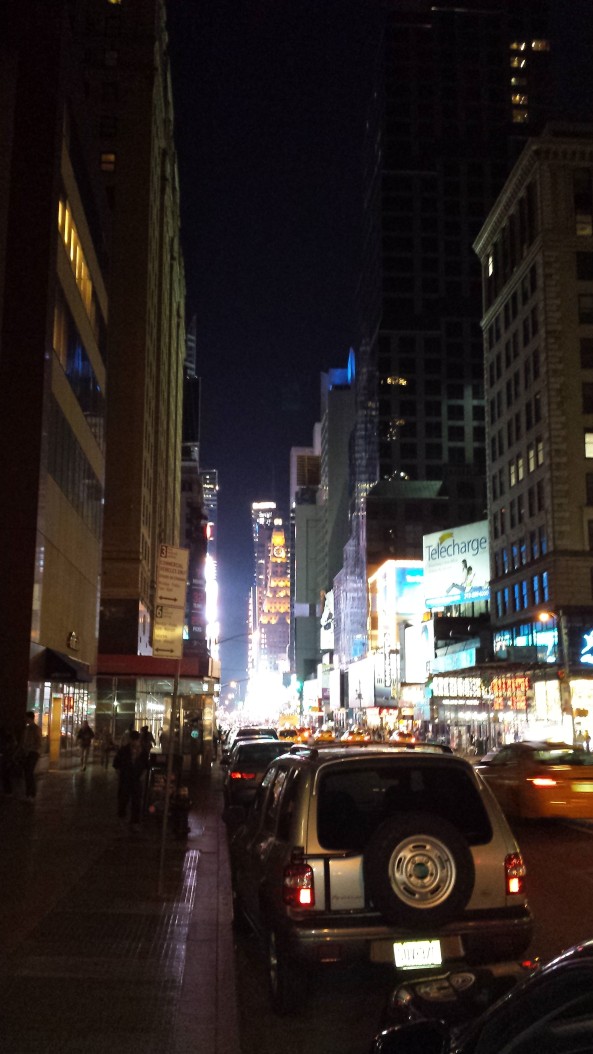 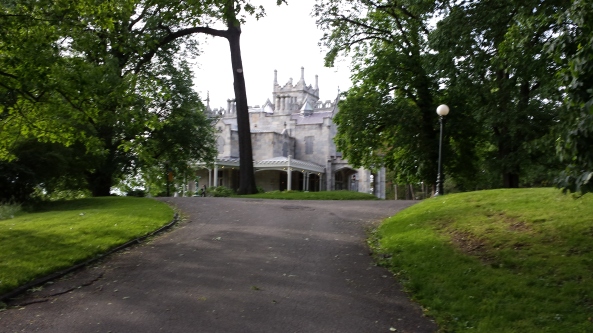 I attended a wedding in New York this Memorial Day weekend at the Lyndhurst Castle in Tarrytown, New York. I didn’t encounter the Headless Horseman in Sleepy Hollow, but I did snap a few photos of this cool castle. 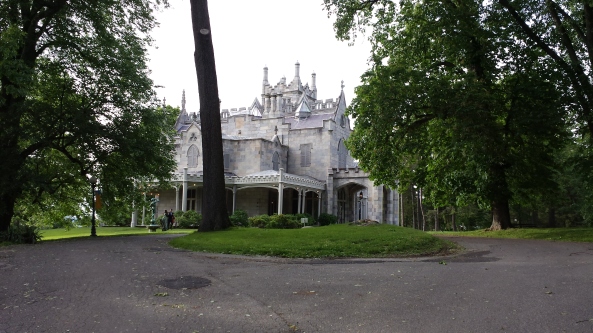 Here is a close-up of the castle. 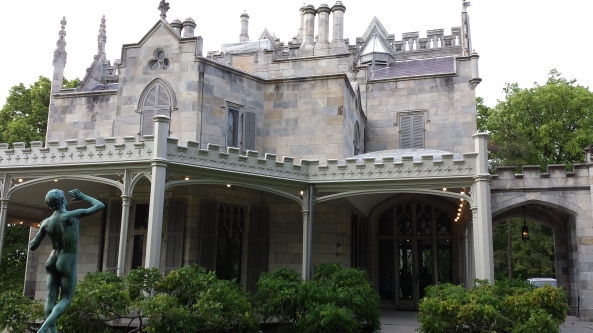 I got to tour the inside, too. All of the furnishings are roped off. 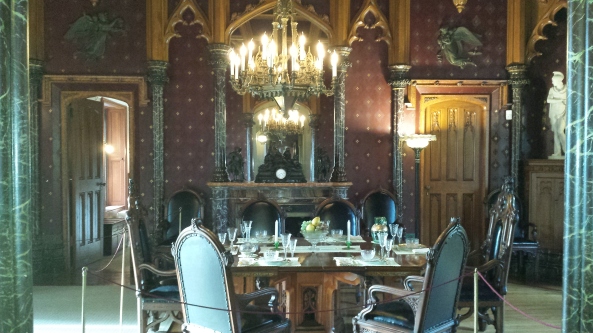 There is a lot of architectural detail inside the castle. 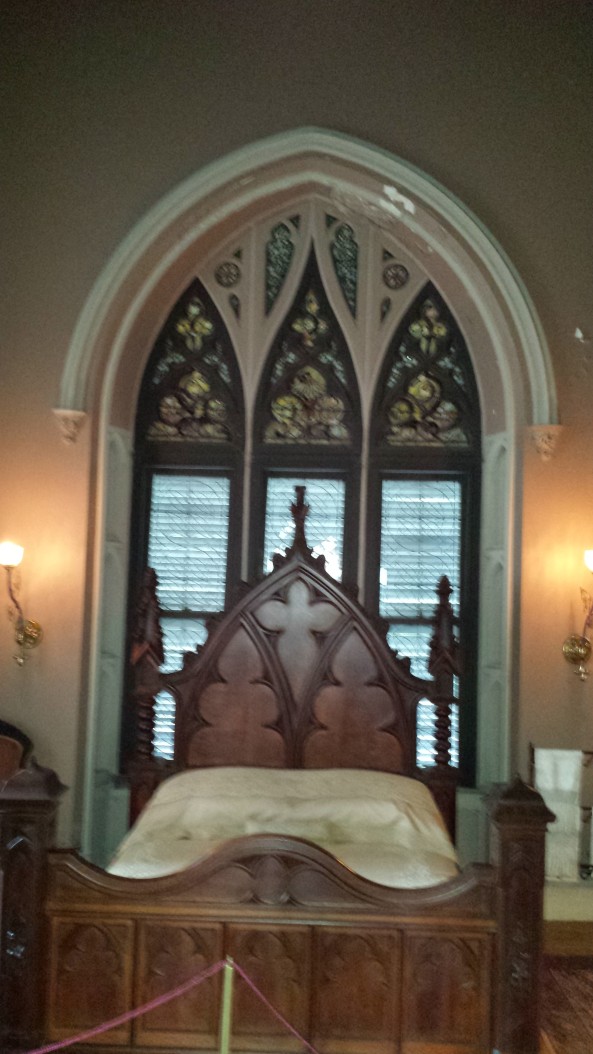 As far as I know, none of these heads belong to the Horseman. 🙂 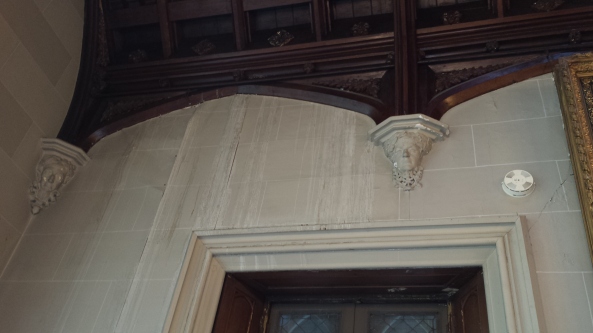 The ceilings are highly detailed, too. 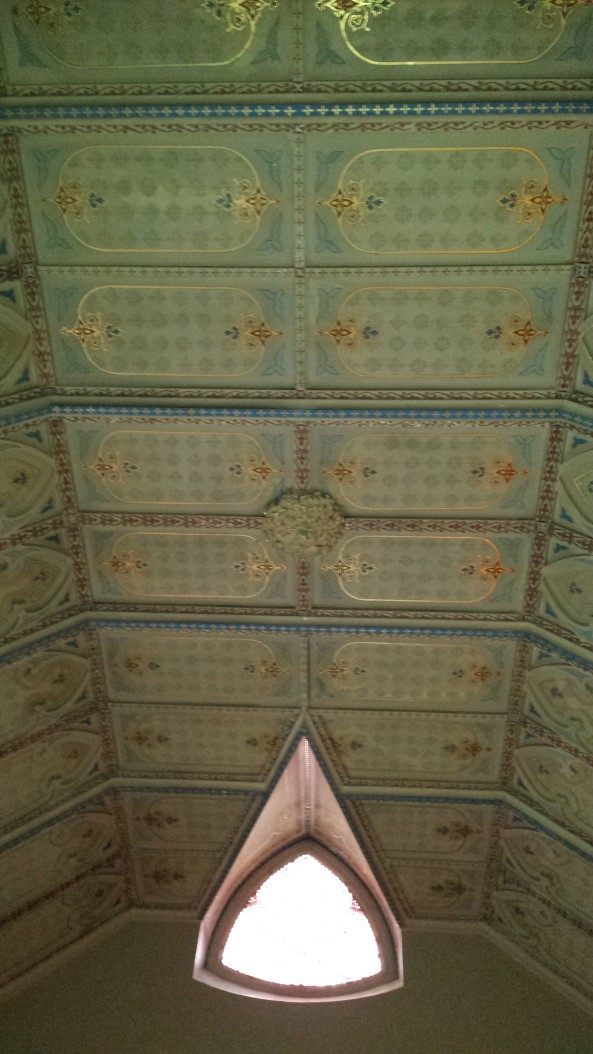 There are a lot of arches in the castle. 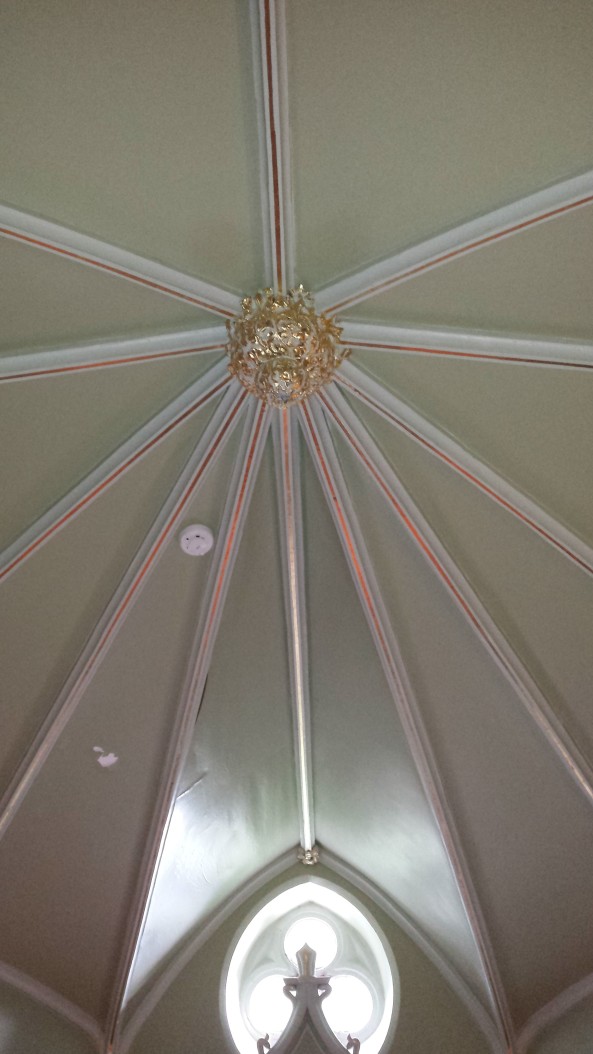 Even the windows are amazing! 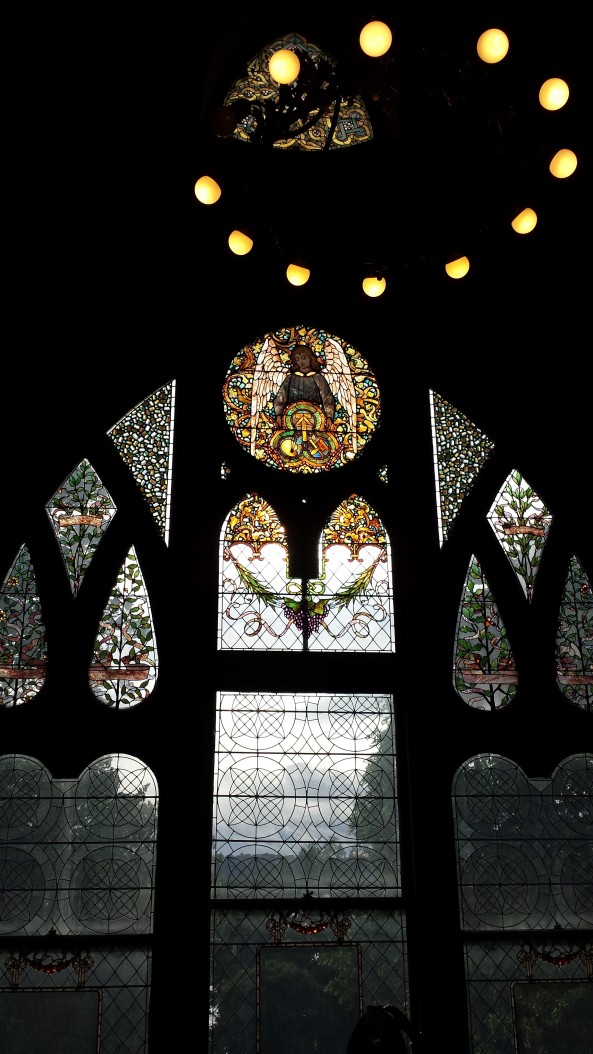 This is my dream desk. So many compartments! 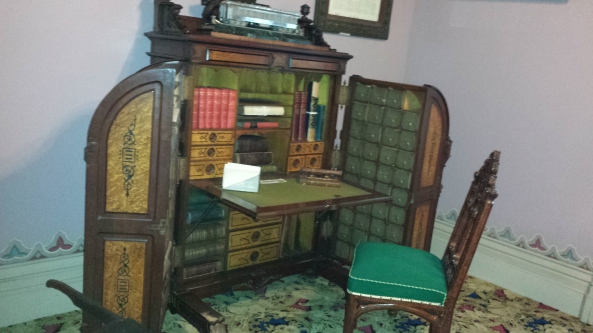 Of course, there has to be a grandfather clock. 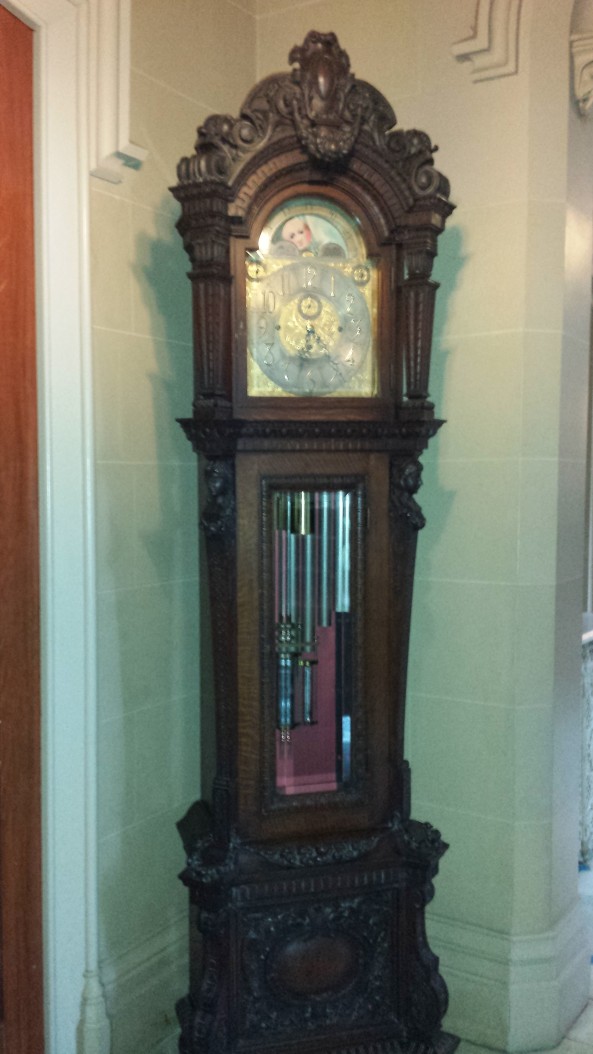 A castle clock on the fireplace mantle. 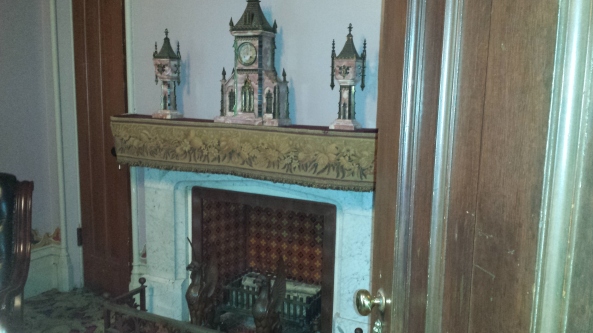 Here is a view of the Hudson river from inside the castle. The castle sits at the top of a hill overlooking the river. 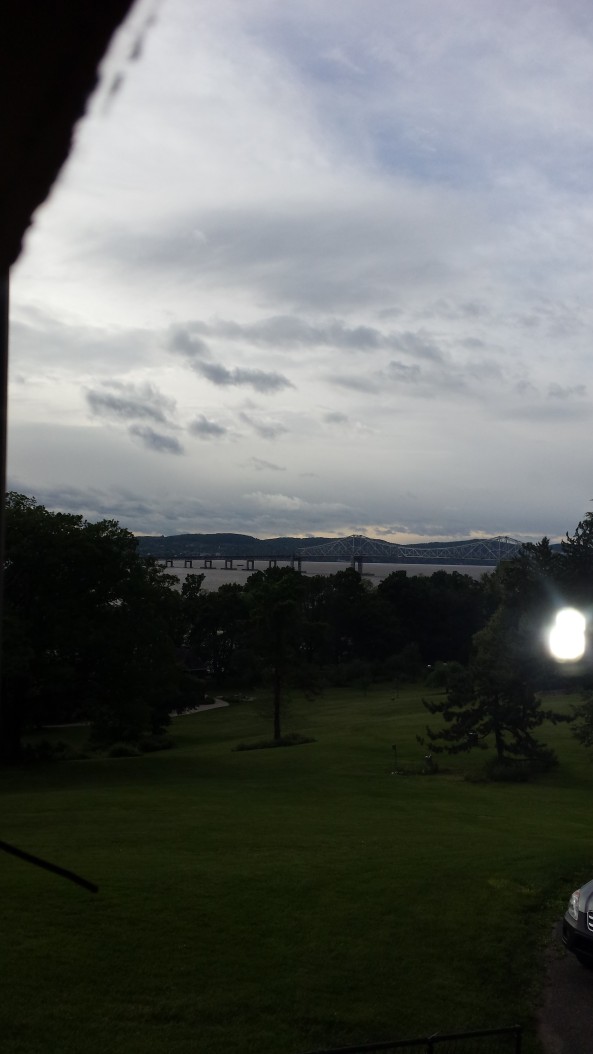 I walked down to the bottom of the hill for a closer look. Apparently, many others have done the same, as there was a stone bench down there to enjoy it. 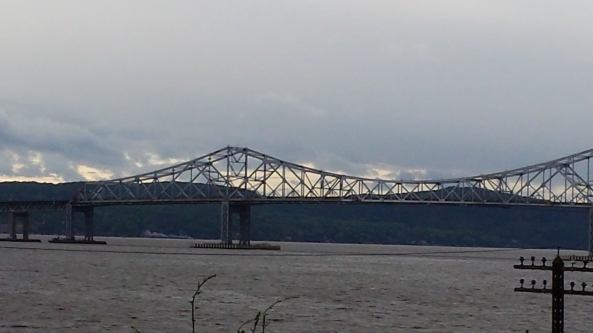 Looking back up the hill at the castle. 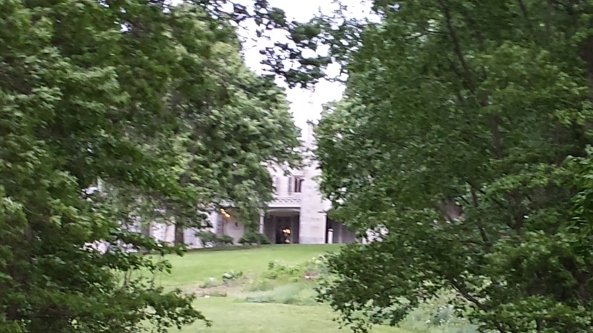 I found another magnificent home at the bottom of the hill right next to the river. 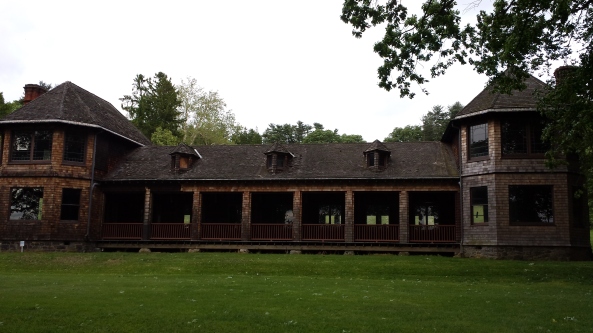 The expansive grounds were green and lush. 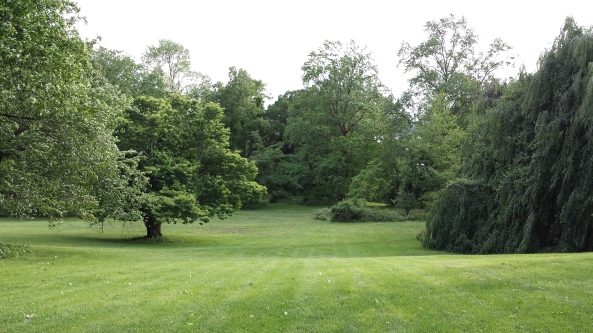 Even the trees are worth a look. 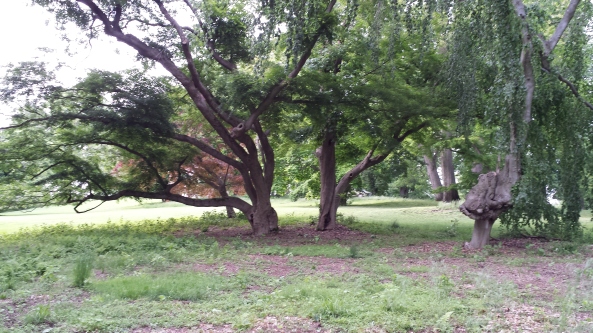 This tree shows a lot of character. 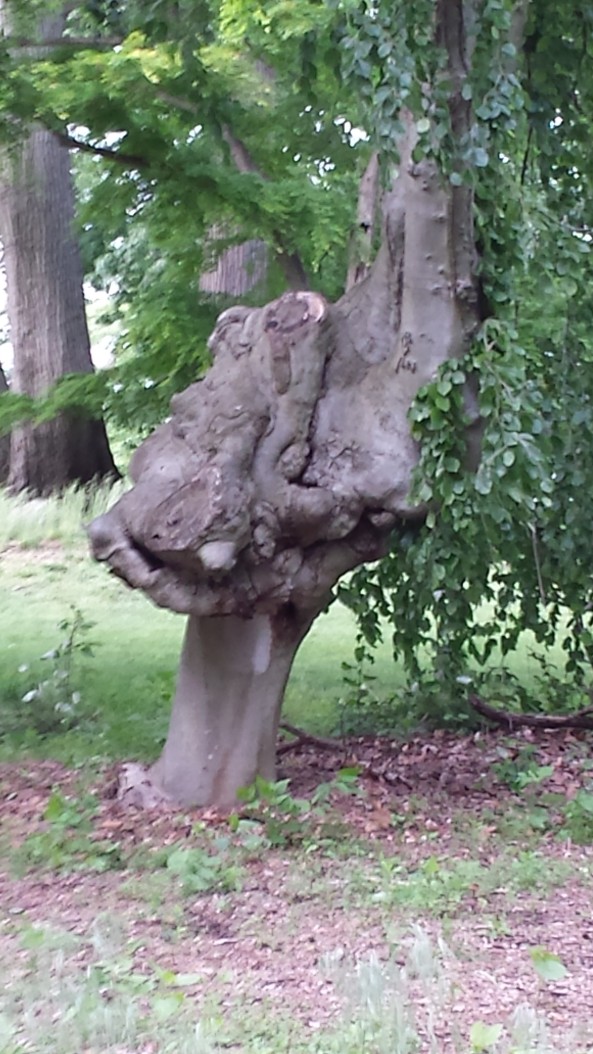