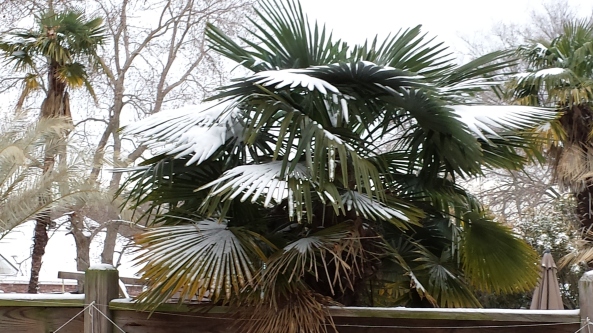 It rarely snows here in Louisiana. Two days ago, it was fairly warm and my daughter said that she wished it would snow. She had watched Frozen a couple of weeks ago, so she was hoping to make a snowman. I tried to explain that it might be years before she gets to see snow. Wrong. Just two days! What do fathers know? (Not much, apparently.)

Seeing snow on palm trees and magnolias is a strange sight. I also finally got to see what the weather app on my phone looks like when it snows. Rain is pretty cool: It shows droplets; initially, one rolls down the screen. Snow has a great start on the app: At first, you see some pretty snowflakes on the screen, but, unfortunately, the screen then clears up except for a narrow strip of snow at the bottom. 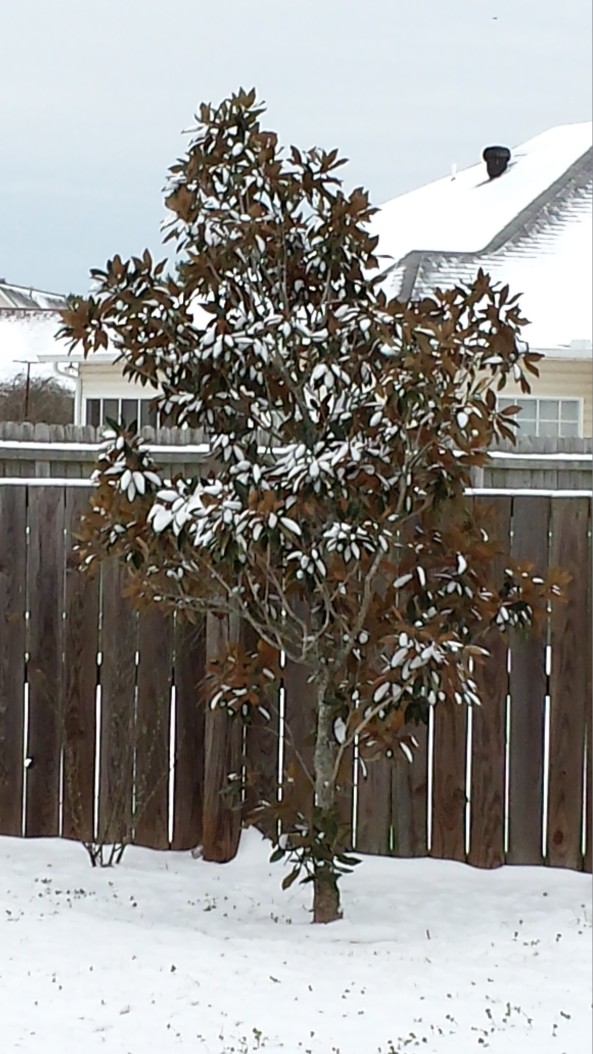 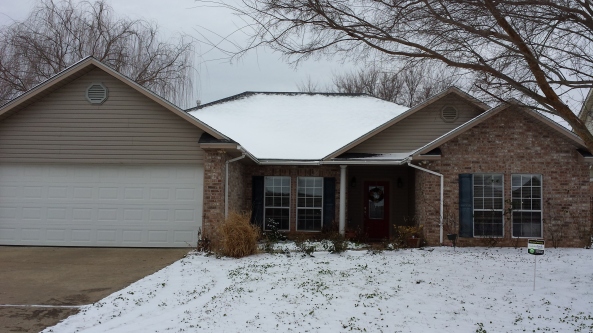 18 comments on “Snow on Palm Trees”